What is Cow’s Milk Protein Allergy?

Cow’s milk protein allergy (CMPA) is the most common food allergy in babies and young children. The prevalence of CMPA varies between 2 and 7.5% of babies during the first year of life. CMPA most often presents with symptoms within the first 6 months of life and rarely presents after 12 months of age. It is more common in formula fed babies but can still occur in breastfed babies.

CMPA occurs when the body’s immune system mistakenly recognises the proteins found in cow’s milk as harmful and goes into “defence mode” by producing an allergic response which is seen as many symptoms (see table below). CMPA can present as an immediate (IgE mediated) or delayed (non-IgE mediated) allergy or a ‘mixed’ picture of both of these presentations.

CMPA should be suspected in infants or children who have one or more of the signs and symptoms described in Table 1 (NICE CKS 2015).

How is Cow’s Milk Protein Allergy managed or treated?

Management involves the complete avoidance of all foods containing cow’s milk protein for a period of time – usually at least 6 months from diagnosis or until around 12 months of age.

The proteins in cow’s milk are called whey and casein. Other mammalian milk proteins, such as goat or sheep milks should also be avoided, as proteins are up to 90% similar to cow’s milk proteins.

Guidelines recommend that a baby with CMPA should be re-evaluated by an allergy specialist every 6-12 months to check if they have grown out of their allergy.

What about soya and CMPA?

Some children with CMPA can tolerate soya and the likelihood of this depends on the type of CMPA a baby has – delayed onset or immediate onset.

Up to 50-60% of babies/children with delayed type CMPA may also react to the soya protein with similar symptoms, which are usually gut-related symptoms such as abdominal pain, vomiting, diarrhoea, constipation or blood in the stools in an otherwise well child.

Interestingly only around 10% of babies with immediate type CMPA react to the soya protein. So fortified soya products can be a nutritious option for children with immediate onset or IgE mediated CMPA, if tolerated.

What if my child needs to avoid dairy AND soya products?

As an infant, and often up to the age of 18 months to 2 years, depending on their growth and nutritional needs, your child will be prescribed a ‘hypoallergenic formula’ also known as an extensively hydrolysed formula (EHF) or an amino acid formula (AAF) if the EHF is not tolerated.

There are many plant-based drinks available, but they are not all suitable for babies and young children*. Additionally, there are also many non-dairy sources of calcium and I have added a table at the end of the blog post to summarise these. I have also written more about plant-based drinks on my blog (https://tinytotsnutrition.co.uk/blog/)

*REMEMBER: Rice milk is not suitable for children under the age of 5 years due to the arsenic content

Breast milk is the ideal source of nutrition for all babies, including those with CMPA. Breastfeeding mums should be supported and encouraged to continue breastfeeding for as long as they would like to, preferably until 2 years of age, as recommended by the World Health Organisation (alongside the introduction of solids from around 6 months of age).

In addition, the level of cow’s milk protein present in breast milk is 100,000 times lower than that in cow’s milk. This means that not all breastfeeding mums need to restrict dairy products from their diet, as some babies with CMPA only react to dairy products given to them in their own diet.

In order to prove/disprove a delayed type allergy to cow’s milk of an exclusively breast fed baby, a trial elimination of dairy products (for mum) for 2 to 4 weeks is recommended and then a reintroduction to see if symptoms return (or not). The MAP guideline has an excellent algorithm to explain this (there is a link on the Allergy UK website).

If a mum needs to exclude dairy products from her diet, it is really important that mums are supported to help them maintain a good nutritional intake to support breastfeeding for as long as they wish to continue, preferably until 2 years of age as recommended by the World Health Organisation.

For instance, fortified alternatives to dairy/soya milk, yoghurt and cheese can be very useful for breastfeeding mums to meet her nutritional requirements. However, she may need supplementation if she cannot meet her nutritional requirements of 1250mg calcium, 10ug vitamin D per day and 250ug iodine per day (ask a Registered Dietitian for help with this)

If you need to give formula milk in addition to breast milk or as an alternative, a range of hypoallergenic formulas especially designed for infants with cow’s milk protein allergy (CMPA) are available on prescription. These are extensively hydrolysed formulas and amino acid formula.

These formulas contain proteins that have been broken down (hydrolysed) into smaller segments so that the body does not recognise them as allergens. Therefore this type of formula is very unlikely to cause an allergic reaction.

These formulas are based on the individual building blocks (amino acids) that make up a protein and are used for children with severe CMPA that still have have symptoms on extensively hydrolysed formulas.

Getting enough calcium on a dairy free diet

In addition to the information below, I have written a detailed blog post all about how to make sure your child is getting enough calcium on a dairy free diet (see https://tinytotsnutrition.co.uk/blog/)

Due to high levels of oxalates, which inhibit the absorption of calcium, in some vegetables particularly spinach, rhubarb, beet greens and certain beans, it is not advisable to rely on vegetables alone to meet your child’s calcium needs.

There are also many dairy alternatives to yoghurt and cheese, which can be very helpful in meeting the calcium needs of young children. Always make sure that the product is fortified with calcium and in particular remember that organic varieties are not fortified. Some fortified examples include:

(I have included a detailed table at the end of the blog post).

A recent study in Norway looking at iodine status of children under 2 years of age with CMPA found that 30% had iodine deficiency. Additionally, they found that in the breastfed group, there was a higher prevalence of iodine deficiency than in the group who were fed hypoallergenic formula. Breastfed infants are highly dependent on the content of iodine in breast milk, which in turn is dependent on the breastfeeding mother’s iodine status. In other words, breastfeeding mothers must ensure their iodine intake is sufficient.

Why is Iodine important?

The best sources of iodine are found in dairy products, eggs and in sea fish (particularly white fish) and shellfish. For this reason, dairy-free diets can be low in iodine and vegan diets can be very low in iodine. Check with your healthcare professional, as some children and breastfeeding mums may need to take an iodine supplement, but be careful, as very high intakes of iodine can be harmful.

The BDA has a very helpful factsheet on Iodine (https://www.bda.uk.com/foodfacts/Iodine.pdf)

Dairy free milk alternatives that contain iodine, as well as calcium and vitamins:

PLEASE NOTE: Some foods such as spinach, beans, dried fruits, seeds and nuts also contain calcium but it is not absorbed very well as they contain phytates or oxalates which decrease the absorption of calcium. They are still nutritious foods to include, but should not be relied upon as the MAIN source of calcium in the diet. 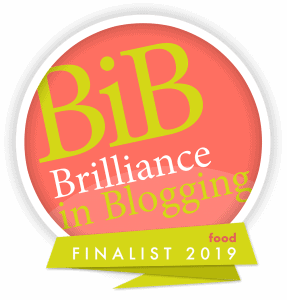 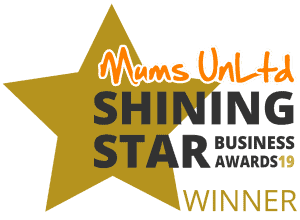